this is part 2 of the article, part 1 can be read in an earlier post.

The billion dollar question
As Foley puts it, agriculture is the single most powerful force unleashed on this planet since the ice age. Yet at the same time we depend on it for our survival and it is a major contributor to our economy , which is why the topic is politically sensitive and under-addressed. So, considering these great challenges how are we going to feed 9 billion people in 2050? 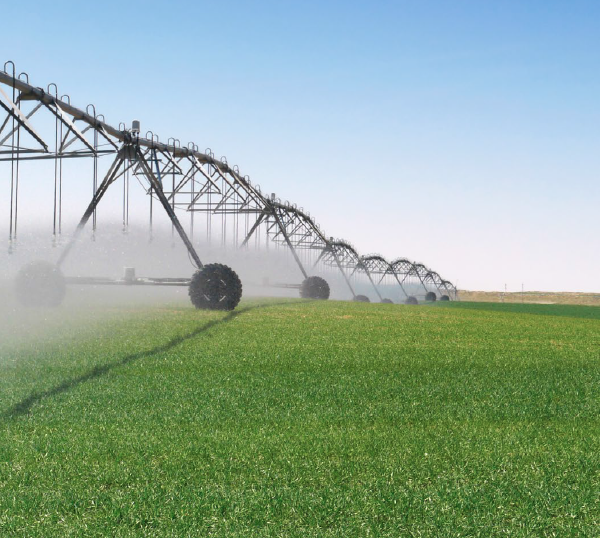 Options for sustainably feeding over 9 billion people in 2050
We can start by focusing on eliminating the silly ideas and practices, such as growing crops in the desert (Aral sea, Arizona, South of Spain), transforming food into biofuels, distorting markets by subsidising industrial agriculture, and rejecting food for aesthetic or logistical reasons. Reducing the large quantities of food we waste is an organisational, efficiency, and in some cases purely ethical issue. These type of quick wins should not require much effort.

Changing demand
Another way of reducing the negative impacts of agriculture is by changing the current demand for food products. Changing diets of people is possible. Governments are already focusing on the obesity problem. But these efforts should be expanded to getting the whole population to eat less food in general, especially less meat, but of higher quality (nutrients). Shifting people´s diets away from consuming large quantities of meat can have a very positive impact on land use, GHG emissions and food security, not to mention public health. This will require producing sufficient food of high quality from agro-biodiverse sources. Political will and a joint public and private sector effort is key as it is not just a question of implementing policies and (awareness) programmes but also of changing product offering, marketing, and essentially the food supply system in general.

Biofuel production is not sustainable if it conflicts with food security or causes deforestation (such as is the case of palm oil plantations in Malaysia and Indonesia). Demand for biofuels can be regulated such as is being proposed in the EU.

Improving conventional farming
Aiming to farm the land better brings a variety of options. But what is better? Foley proposes boosting the productivity through improved crop genetics (better seeds) and management (better tillage) . There are many places around the world where only partial yields are realised, some achieving no more than 20-30% of the yield. Research shows that total food production could be increased by 50 to 60 per cent by focusing on closing the yield gap for the world’s top 16 crops, although it has only increased by 20% on average over the last 20 years. Foley stresses that this should happen without placing additional harm on the environment, by employing methods that potentially reduce the strain on resources or enhance productivity. Examples to reduce water use include drip irrigation and waste water recycling. Productivity may be enhanced with techniques and management systems such as precision agriculture, integrated agricultural production, agricultural biotechnology (including hybrid breeding but also GMOs), hydroponics, vertical farming and others. Foley advocates using the best ideas of industrial agriculture and simultaneously the best ideas of organic farming and environmental conservation. Ideas such as providing incentives for farmers, new crop varieties, smarter diets, promotion of local food, the phasing out of subsidy systems , along with the methods mentioned earlier can all chip in to provide a combined solution.

However, increasing productivity with conventional methods usually means using more water and more fertilisers, and current practise is already taxing the limits of chemical and water use. Incremental improvements within the current system are not likely to both increase yield and provide adequate solutions to the environmental and social problems. The continued practice of monoculture will not be sustainable in terms of environmental and social objectives and will eventually create a supply problem, through the depletion of fossil fuels and exhaustion of crop lands. Some of the productivity enhancement techniques are controversial, such as the use of GMO’s, which is being contested due to growing suspicion about human, animal and plant contamination. Moreover, by focusing on 16 crops only Foley misses one of the points. This is not a guarantee for agro-biodiversity, food diversity or food sovereignty.

Guaranteeing food sovereignty
Technical solutions for the existing system also do not address the current marginalisation of 2.5 billions small-holders. Holt-Giménez argues that solving the food crisis is not just about starting up more organic gardens but that we need to transform the whole economic system. The Via Campesina movement asks that food be declared a constitutional right, advocating an agrarian reform that addresses land rights, returning land back to indigenous people, and that provides ownership and control to farmers regardless of whether they own the land they cultivate. According to the movement, the rights to use and manage lands, territories, water, seeds, livestock and biodiversity should be in the hands of those who produce food and not of the corporate sector or central governments. Via Campesina believes that food and agricultural production should be taken out of the WTO and other international trade agreements, so that countries and peoples from the South can regain control over their domestic markets and rebuild their local production capabilities, i.e. start feeding themselves instead of global export markets.

Shifting to Agroecology
Proponents of agroecology, such as Miguel Altieri, professor at the University of California, Berkeley, and Olivier de Schutter, UN Rapporteur for the Right to Food, believe that it is possible to change farming practices more profoundly. Agroecology can be described as a science, a movement and a practise combined. The basic philosophy is that the agroecosystem should work like the local ecosystem thus enhancing biodiversity and the nutrient cycle, and minimising dependence on high agrochemical and energy inputs. Hence there is no uniform methodology involved. Agroecology goes beyond the use of alternative practices, such as organic farming or permaculture, and seeks the best way to farm the land taking the four system properties of agroecosystems into account: productivity, stability, sustainability and equitability. Methods are science-based, which can be enhanced by traditional and practical knowledge. De Schutter sees it as a way of using the resources of nature more efficiently, and reducing agriculture´s dependency on depleting fossil fuels. As De Schutter puts it: “Agroecology needs to be scaled up because it is the only way to have sustainable food systems and at some point there will be no choice, so we have to plan for this” . A pre-requisite would be putting policies in place that favour the organisation of farmers and a bottom-up approach. Essential steps are the education of farmers and the promotion of information sharing amongst them, as agroecological practice is very knowledge intensive and location specific.

Altieri sees agroecology as the solution to hunger and food-security. His take on scale is that we should look not at the total area used to farm, but rather the number of farmers, and their productivity per hectare, which he claims can be enhanced. Research shows that small farms can be more productive than large farms if total output is considered rather than the yield from a single crop . As an example Altieri points to Cuba, where farmers are able to achieve efficiencies that are 10 to 20 times higher than the average efficiency of industrial agriculture. Agroecology systems are not only more efficient, they are also very biodiverse and resilient. Various climate studies have concluded that monocultures would be more vulnerable than agroecological systems, which resist better and recover faster from the impacts of climate change, precisely because of their biological diversity.

Agroecology can thus be economically viable while simultaneously improving the livelihoods of people in developing countries, thus addressing the food sovereignty issue by creating the conditions for people to live off the land again. Studies by the World Bank and FAO have shown that investment in small-scale agriculture has better potential than any non-agricultural sector to pull people out of poverty and feed populations. The report by the Panel on Agricultural Knowledge (IAASTD, which is regarded as the authority on farming) also heralds small-scale, agro-ecological farming as the way forward, through a new interdisciplinary, holistic and system-based approach that welcomes traditional and local knowledge.

Although agroecology seems to be a promising alternative practise to industrial farming, because it addresses all the underlying issues, implementing it will not be easy. There is no uniform approach, which means that capacity building and knowledge transfer is more intensive and challenging, requiring cooperation instead of competition, and the solving of a myriad of national and international legal obstacles (land reform, trade agreements on agriculture that limit a country’s options for farming, intellectual property regimes that privatise the use of natural resources, excessively restrictive food regulation, etcetera). Scientists and farmers will need to work together to develop and test agroecological techniques tailored to local circumstances, requiring a redirection of resources from supporting industrial practices to supporting agroecological farming and thus, requiring political support. To attract people back to the land and create a wider base of food producers, both in the South and the North, we need the political support to create the right conditions, not just access to land, but access to public services like health and education outside of the urbanised centres. Being a farmer should not have to mean being poor and uneducated, farmers should receive the recognition and support they deserve as producers of our food and guardians of our agro-ecosystems.

Seeing agroecology through as the new paradigm means reforming the whole current food production system. The main obstacle to this shift may be political will, not scientific or technical expertise. However, research suggests that agroecology can feed 10 billion people, if the right conditions are present.

How to move forward
We have concluded that feeding over 9 billion people in 2050 in a socially, economically and ecologically sustainable manner is theoretically possible. We have the knowledge and tools to achieve this and we have enough options to increase efficiency in the system.

A recently released UNCTAD report advocates a two-track approach: drastically reforming existing industrial agriculture while shifting the focus to small-scale, agroecological food production, in what they call an “ecological intensification” approach. The biggest challenge will be to find the political support to transform the current food system, taking into account the current balance of economic power and the legal challenges to agrarian reform.

Genetically yours,
Max and Lanka